Five days, three rules, and one sizzling seduction.
Delia has just three rules for dating. First, a man should never assume he’s the only one. Second, he must stick to his scheduled day and time. Third—and most important—no sex. Enforcing the rules has never been a problem until she meets the hottie from the pool.
Jace has only five days to make every moment count. The more time he spends with Delia, the more he realizes she may be The One. With the clock ticking, he realizes there is only one course of action left to take if he wants Delia’s heart. Can he convince Delia that rules are meant to be broken?

He rested a large hand against her thigh and brushed lazy circles along the sensitive skin near her knee with his thumb. She inhaled sharply at the sparks zigzagging through her veins.
“So how ‘bout it?” Jace smiled. “Commit to one man for the rest of the cruise.”
She laughed, tugging off her glasses and setting them on top of her book. “Did you have someone in mind?” A sigh escaped her lips when he inched his fingers higher up her thigh.
His hand stilled. “Yeah.” Her pulse raced when he slid his gaze down her body a second time, and his continued touch did nothing to alleviate her predicament.
Delia moistened her dry lips. She should leave before she did something stupid, like fling herself into his arms and demand hot, sweaty sex.
“I should go.” She stood, grabbing her book and glasses.
Jace stood as well and clasped her hand. Butterflies took flight in her belly. He tugged hard enough to pull her off balance and she stumbled against him.
“Hot date?” he asked.
Delia stared into his eyes, her heart hammering at his closeness. “I...” She couldn’t push anymore words across her dry tongue.
“You’re just going to run?”
The challenge in his voice pricked her feminine pride and she straightened. She had to let him know she was still in control. “You never said who you had in mind,” she countered. Instead of stepping away, she moved closer. Every time she exhaled, her breasts brushed against his chest. Tingles trickled down her spine, but still she didn’t step away.
He smiled wolfishly. “I can’t believe you haven’t figured out who I have in mind.”
“I want to hear you say it,” she said.
“You do like a challenge.”
She grinned. “Who said I didn’t?”
“Good, ’cause here’s one more.” He dropped a kiss on her upturned mouth.

I think the publisher did a fab job on the cover. This is a re-relrease of a self-pubbed title I did four or five years ago. I'll add this to the goodie pile and a lucky commenter will have a chance to win a copy.

True Love demands to be Restored

Thanks to everyone who stopped by on the SCP-Where in the World am I?

I loved the answers I received.

Yes, Bozo was from my hometown AND graduated from my high school. His name was Bob Bell. Mr. Bell received an Emmy for playing Bozo in 1970 and was inducted in the Clown Hall of Fame a year before he passed away.

Every year in August, people from all over the world flock to downtown for the Crim Festival of Races.

And all of these lovely event occurred in my hometown of Flint, Michigan. Just Michigan was acceptable as well. :-)

Using Randon.org I chose a winner from the correct responses. Congratulations Mel, you should have an email from me in your inbox. 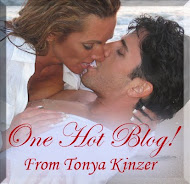 Leo Shepard has it all, except the woman he left behind. Can he break down her walls and recapture her heart?

Leo Shepard has few regrets, but leaving his wife Symmone to pursue his career was a catastrophic mistake. Now that he’s achieved his every dream and is about to make partner at Greene and Banks Architects, he lacks one thing, a wife. But Leo doesn’t want just any wife, he wants the woman he left behind.

From the moment she laid eyes on Leo, Symmone knew she would have her happily ever after. The last thing she expected was a divorce and a broken heart. Devastated by the end of her marriage, she has no choice but to quit school and pick up the pieces of her life.

Working two jobs to support herself and her children, Symmone has little room in her life for romance and even less for her pulsating attraction to her ex-husband. When Leo strolls into the cafe where she works, bent on reconciliation, the chemistry between them is more powerful than ever. Yet she won't give in to his soft words and expensive gifts. More than just her heart is at stake, her children are, as well. 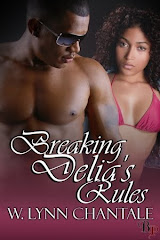 Delia has just three rules for dating. First, a man should never assume he’s the only one. Second, he must stick to his scheduled day and time. Third—and most important—no sex. Enforcing the rules has never been a problem until she meets the hottie from the pool.

Jace has only five days to make every moment count. The more time he spends with Delia, the more he realizes she may be The One. With the clock ticking, he realizes there is only one course of action left to take if he wants Delia’s heart. Can he convince Delia that rules are meant to be broken? 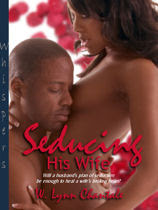 Haunted by nightmares, Sheridan Sinclair just wants to get through one night without reliving the terrible accident that led to her miscarriage. And she longs for the arms of the man who betrayed her. Matthew Sinclair has always loved his wife, but when she refuses to speak to him after her accident, he's left to wonder what went wrong. When a stolen kiss ignites their forgotten passion, he'll use their love as a means to get her home and in his bed again. Will a husband’s plan of seduction be enough to heal a wife’s broken heart?

Drop me an email at wlynnchantale at gmail dot com. I'm always happy to receive guests.

A Few of My Favorite Things